“There is no world without Verona walls”: the pen of William Shakespeare has lent Verona fame and immortality with his tale of two star-crossed lovers, Romeo Montecchi (Montagu) and Juliet Capuleti (Capulet).

The story of their tragic love is set in two precise locations – Juliet’s house and the tomb.

The Capulet’s House, best known as “Juliet’s House”, dates back to the thirteenth century. It is tower-shaped and belonged to the Dal Cappello family, whose coat-of-arms is visible above the inner arch-way of the court-yard. The brick façade is decorated by elegant gothic windows standing on either side of the famous balcony on which Juliet is said to have spoken to Romeo.

The house has several storeys and tickets can be bought to visit it. The interior contains the furniture of a typical fourteenth century aristocratic household, enhanced by a wide range of medieval ceramics. Antonio Avena’s masterful restoration (carried out in 1935) brought to life the elegant frescoes within, and which highlight inlaid wooden chests, brick fireplaces, wooden staircases and landings.

At the far end of the courtyard stands Nereo Costantini’s bronze statue of Juliet visited by thousands of tourists every year from all over the world.

Romeo’s house is situated in “Via Arche Scaligere”. It is an authentic medieval house which belonged to the 13th century Counts of Cagnolo Nogarola. The latter were part of the Della Scala entourage. The archway is gothic and is enclosed by crenellated walls. The interior cannot be visited but the nearby restaurant contains some of its rooms. 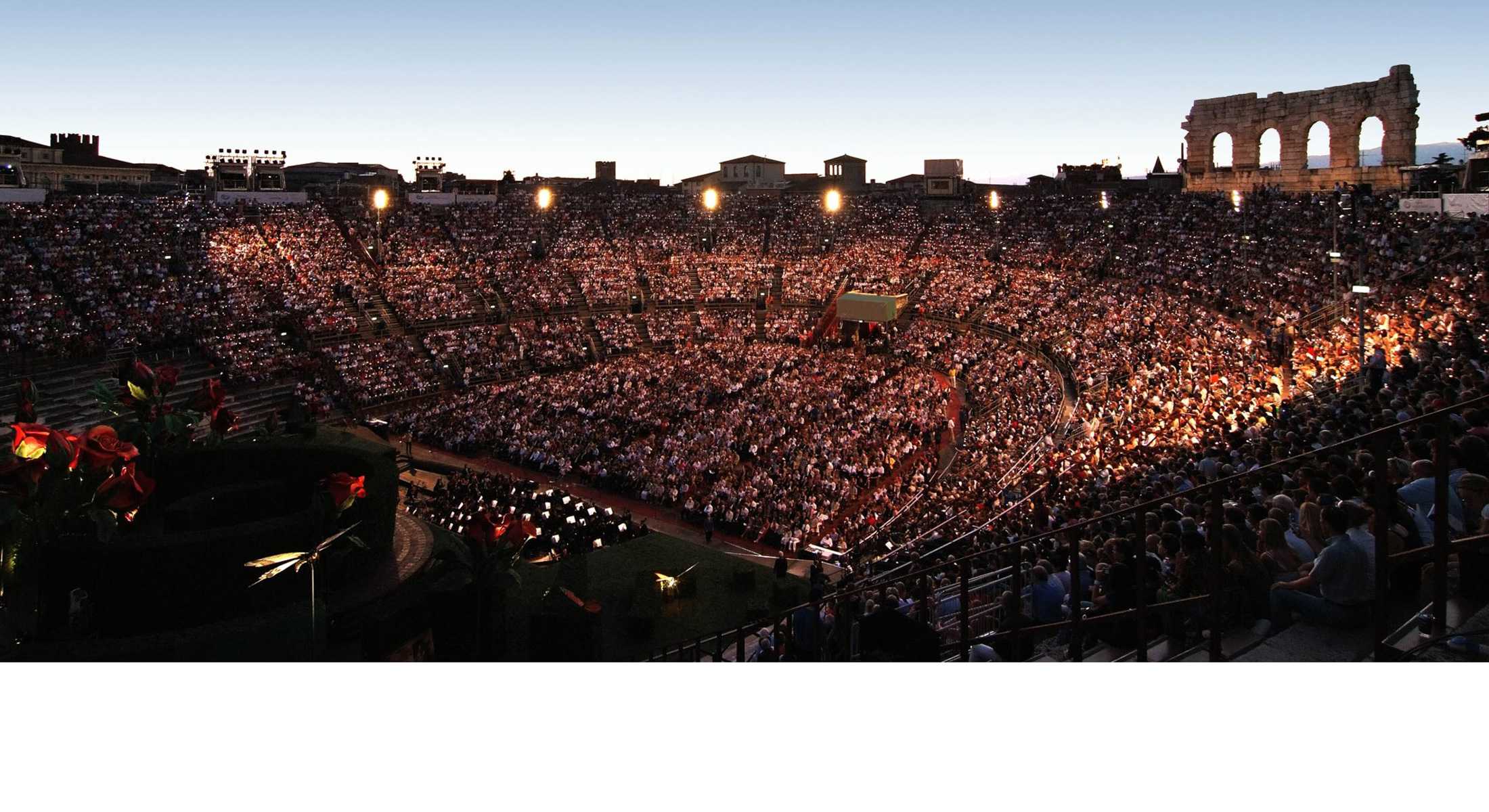